Reykholt Town (What To See - West) 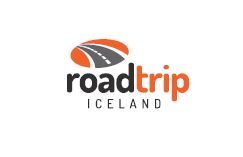 Reyholt is one of the most famous places in Iceland´s history. Reykholt was home to an Icelandic law speaker and Iceland´s most famous medieval writer. At Reykjholt you will find an historic church and a medieval institution called Snorrastofa named for Snorri Sturluson. The task of the research centre is to research and provide insight into Snorri´s work. At Reykholt you will also find Snorralaug pool, one of the oldest extant constructions in Iceland. Snorrlaug is a hot bathing pool constructed during medieval times; next to the pool there is a tunnel leading to the farmhouse of Snorri Sturluson. Snorri Sturluson was assassinated here in 1241 by the order of the king of Norway.